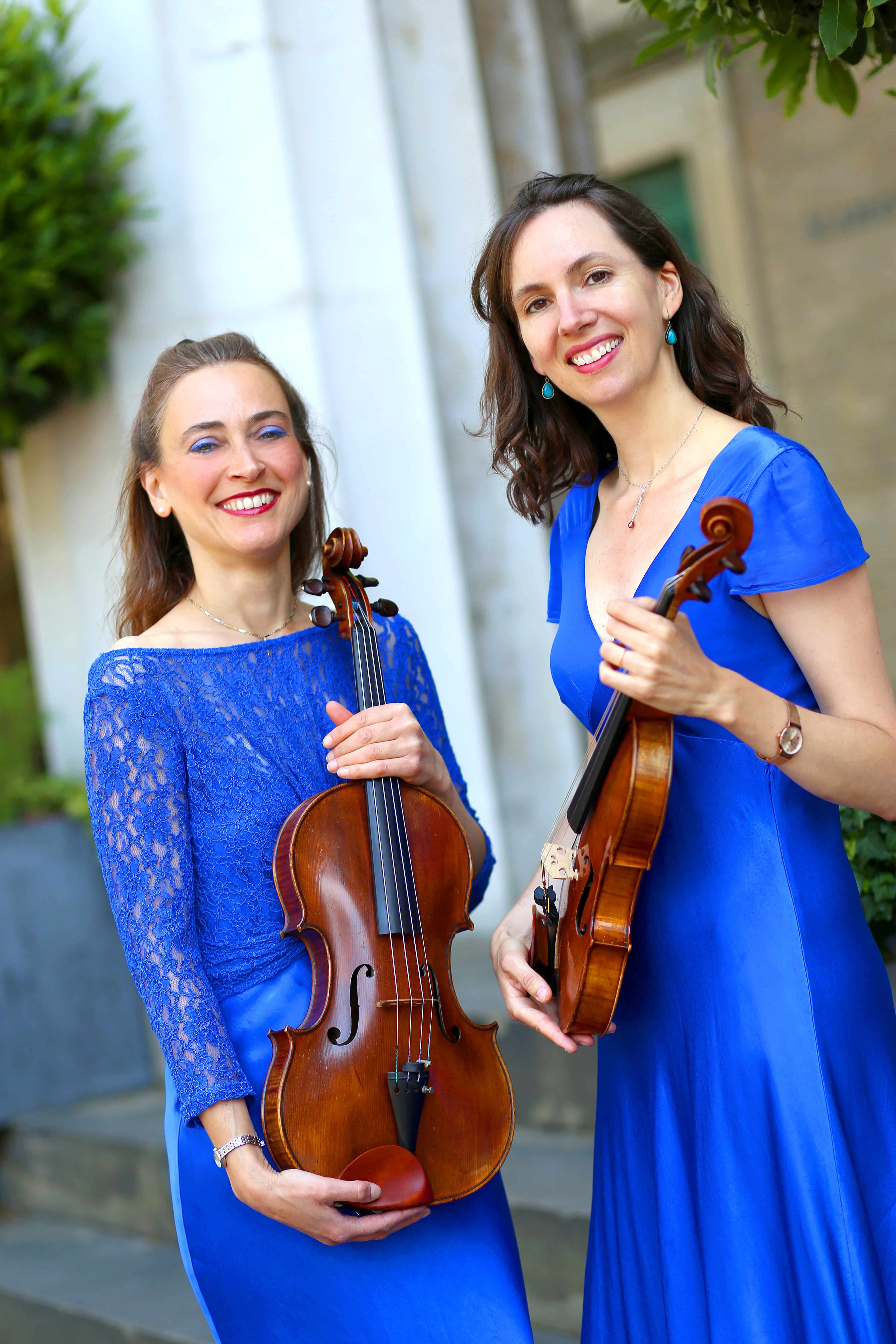 Sara Trickey enjoys an exciting and diverse career as a solo violinist and chamber musician. Noted for her “fiery and passionate” performances (The Strad)  and her “beautifully refined tone” (Musical Opinion), she performs at many of the major UK festivals and venues, including in recent months, the Presteigne, Alwyn, Oxford May Music, York, and Wye Valley Chamber Music festivals. She plays regularly with pianist Dan Tong with whom she has recorded the Schubert Sonatinas to critical acclaim (“Irresistible!” – Barry Millington). A CD of Fauré and David Matthews has recently been released by Deux-Elles. She also made a world premiere recording of Mathias’ violin sonatas with Iwan Llewelyn Jones.

Sara has performed most of the repertoire for violin and orchestra, with orchestras that include the City of London Sinfonia and the Orchestra of St John’s  (“The Beethoven violin concerto was quite simply perfection” – Seen and Heard International).

She is a founder member of the Odysseus Piano Trio and plays in the Rossetti Ensemble. She is also in a violin duo with Andrew Watkinson, leader of the Endellion Quartet. Prior to forming these groups, Sara led the Bronte String Quartet for six years, winning the Royal Overseas League competition and second prize in the Cremona International Quartet competition.

Sara studied with Camilla Wicks and was also very much influenced by her studies at IMS Prussia Cove. She read Classics at Trinity Hall, Cambridge and this continues to be a passion. She also enjoys teaching, primarily at the Junior Guildhall School of Music and Drama.

Since her debut at the Wigmore Hall in 1997, Sarah-Jane has established a distinguished international reputation as a soloist and chamber musician.

Sarah-Jane is a pioneer of new works and has premiered and recorded a number of new concertos for solo viola, including those by David Matthews, Paul Patterson and Matthew Taylor. Sarah-Jane has worked as a soloist with the Philharmonia, Halle, BBC Symphony Orchestra, BBC Concert Orchestra, Royal Scottish National Orchestra, English Chamber Orchestra, City of London Sinfonia and Northern Sinfonia. Her acclaimed solo recordings include 7 CDs of British viola concertos for Dutton Epoch, and two recital discs for Naxos.

As a former founder member of the Leopold String Trio, Sorrel Quartet and London Soloists Ensemble, she has recorded extensively for Hyperion, Chandos and Naxos. Sarah-Jane is in high demand as a recitalist and chamber musician; her work as such has taken her around the world to festivals such as Marlboro and Kuhmo. Sarah-Jane is a founder member of the Rossetti Ensemble. Other current chamber collaborations include Karolos, I Musicanti and the Aquinas Piano Trio.

Following studies at the Royal Academy of Music, and the Mozarteum Salzburg, Sarah-Jane won many awards. A prizewinner at the 1994 Lionel Tertis International Viola Competition, Sarah-Jane is now on the executive committee of the Competition and was on the jury in 2013. Sarah-Jane teaches viola at the Royal College of Music and The Purcell School.