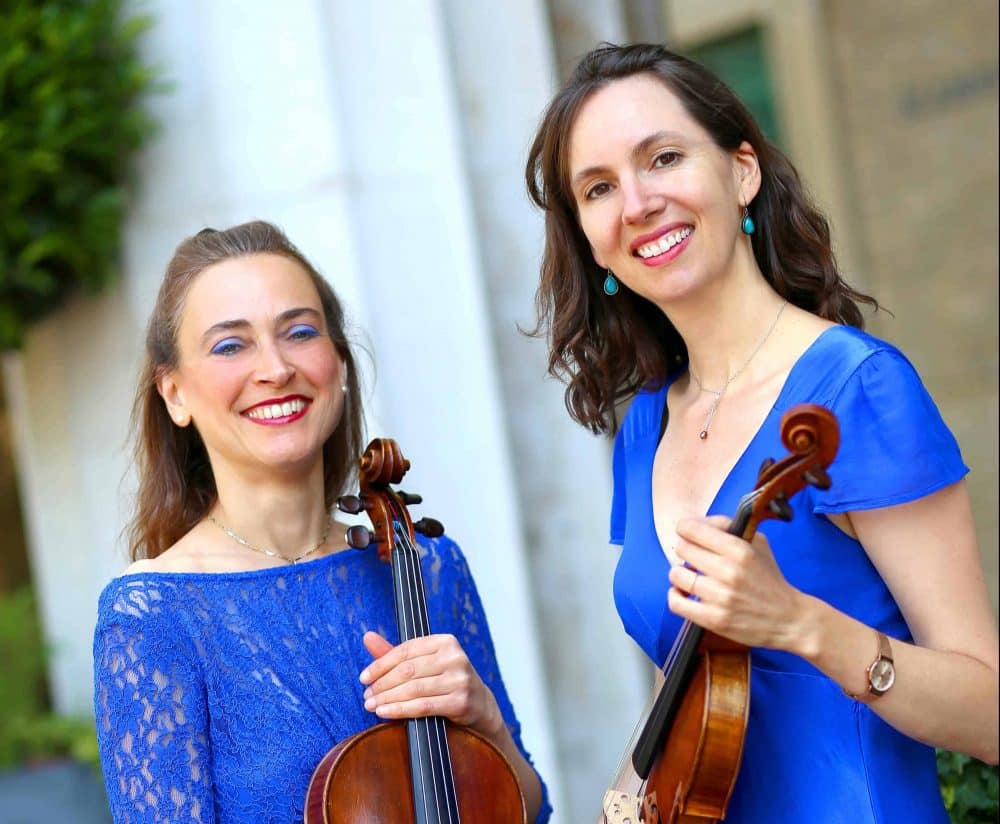 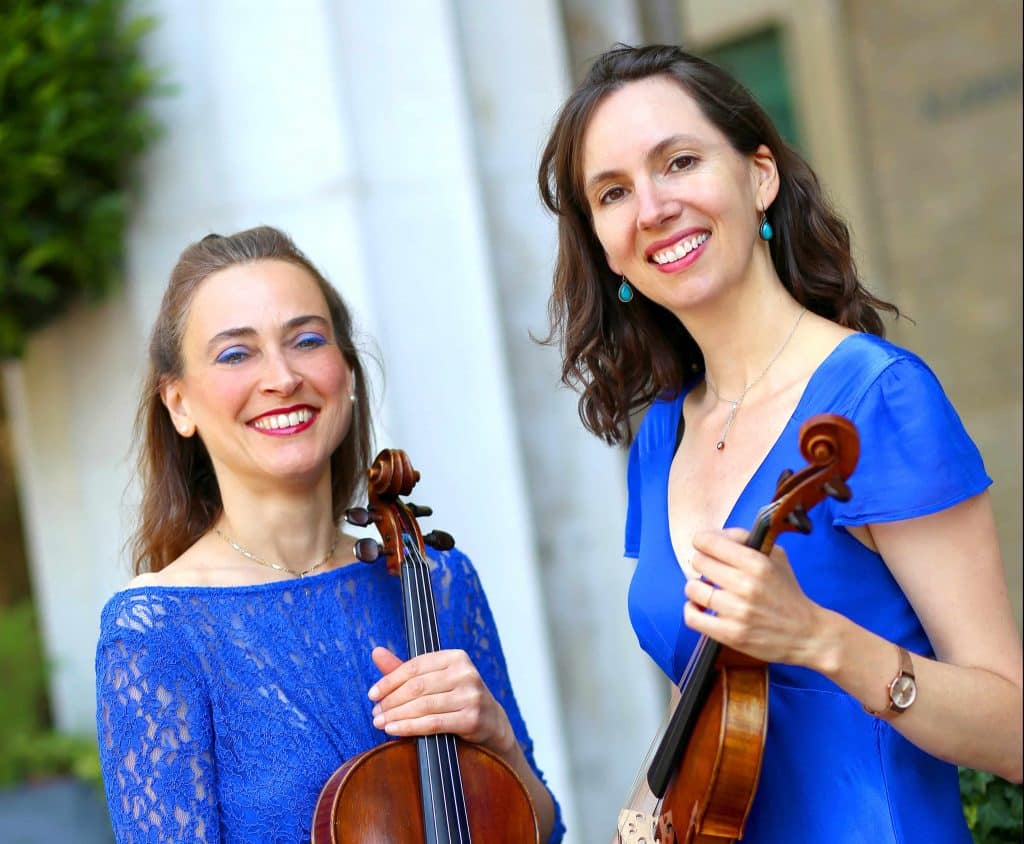 The English Symphony Orchestra will open their 2018-19 season in their historic home town of Malvern on Wednesday the 17th of October in Great Malvern Priory. The programme celebrates the orchestra’s twin heritage as both a leading chamber orchestra specialising in the Classical repertoire of composers like Haydn and Mozart, and as a string orchestra championing the best of English string music. The concert includes two of Mozart’s most popular works, the beguiling Symphony no. 29 in A major and his beautiful and beloved Sinfonia Concertante for Violin and Viola. The ESO’s internationally acclaimed soloists Sara Trickey – violin – and Sarah-Jane Bradley – viola – join conductor Kenneth Woods for this very exciting concert.

“Mozart’s music is, and always has been, absolutely essential to the ESO,” says ESO Artistic Director, Kenneth Woods. “And his music sounds absolutely magical in the Priory. We began our season there last year with his Jupiter Symphony, and it felt so right that I just thought we should make it a tradition, to open every year by focusing on a Mozart Symphony.”

Mozart’s Symphony no. 29, written when the composer was just 18, is described by Woods as “one of his most lyrical and melodically generous works. There is a tenderness to the piece which is striking even for Mozart. It’s one of the earliest symphonies in which you can see the composer he was going to become. It’s a masterpiece, not just the work of a gifted kid.”

Mozart’s Sinfonia Concertante is also a fairly early work and has long been one of his most popular. It is a personal favourite of composer David Matthews, who holds the ESO’s “John McCabe Composer-in-Association” chair in 2018-19 and whose 75th birthday this year has provided the impetus for a celebration of his music called “David Matthews in the Heart of England,” which brings together the ESO with their colleagues in the Orchestra of the Swan and the Elgar Festival for a nationwide celebration his music. This 7th October concert pairs Mozart’s concerto for violin and viola with one by Matthews which was inspired by Mozart’s example. “Mozart’s Sinfonia Concertante for violin and viola is one of my favourite works of his” says Matthews. “I have always loved the special relationship between the two soloists: rather than rivalry, there is a sense of coming together in friendship. I have tried to express the same harmonious qualities in my own Double Concerto.” Soloists Sara Trickey and Sarah-Jane Bradley are indeed friends as well as hugely seasoned colleagues, who premiered Matthews’ Double Concerto in 2014 and are recording it this year with the ESO for Nimbus Records. 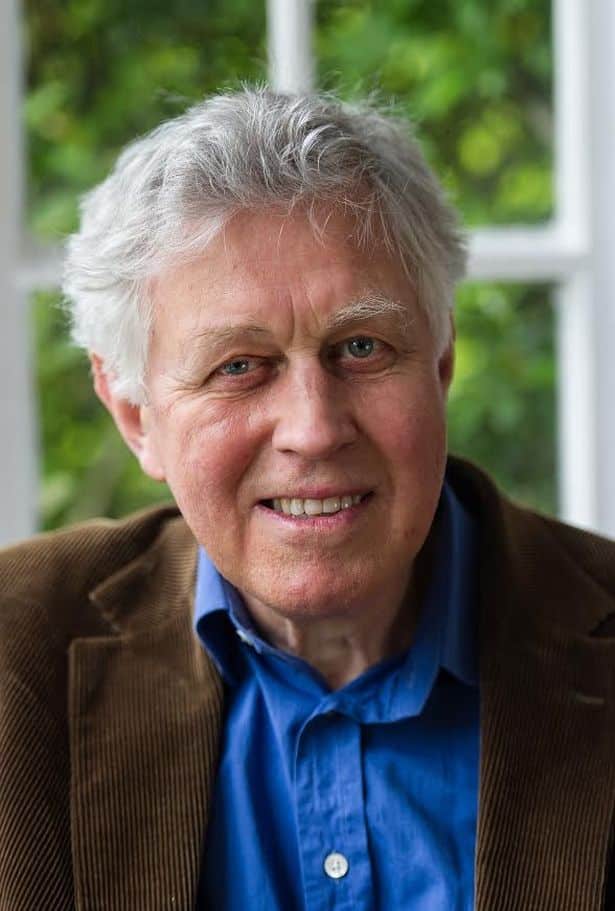 The performance of Matthews’ playful and engaging Double Concerto is consistent with the ESO’s unmatched legacy of advocacy for British string orchestra music. Recording for Nimbus Records as the English String Orchestra, the ESO have brought string music by Vaughan Williams, Elgar, Bax, Finzi and Ireland to a new international audience and these recordings remain popular on radio stations all over the world. Joining Matthews Double Concerto on the programme is another vintage ESO discovery, the UK Première of the Elegy for Strings by the English composer Harold Truscott.

“Truscott’s Elegy is one of the most beautiful and moving works for string orchestra I’ve encountered in a long time,” says Kenneth Woods. “It has the sort of haunting beauty one finds in works like the Barber Adagio for Strings or Vaughan Williams’ Fantasia on a Theme of Thomas Tallis. It’s staggering that such a beautiful work, written in 1943, has never been performed in the UK. I’m very grateful to Guy Rickards for bringing this piece to our attention.”

Guy Rickards, a long-time critic at The Gramophone, discovered Truscott’s Elegy following the composer’s death in 1992. Truscott was a celebrated music critic and academic in his lifetime, but his work as a composer was completely unknown. “During his lifetime, Harold Truscott had the reputation of knowing almost all music,” says Rickards, “at least dating from before about 1960 (and quite a lot dating from after that). Like his fellow Essex boy in a later generation, Dudley Moore, he was born with a club foot (corrected in childhood by surgery) but abstinence from school games led him instead to the public library, where he discovered musical scores. An outstandingly gifted pianist, he learned to understand how they were put together through his fingers, as it were.”

“The discovery of the Elegy came about fortuitously, after Truscott’s widow asked me to go through his papers. When Truscott retired from his Professorship at what is now the University of Huddersfield in 1979, he brought his large archive of scores (both his own and his printed music collection) back home to Deal, stored in an array of tea chests. After several months, his wife, exasperated at the untouched boxes, unpacked them and randomly stuffed the contents into any available cupboard. There the manuscripts remained, largely undisturbed, until after his death. When I found the Elegy in the summer of 1993, I had no idea what I had in my hands. ”

Rickards and Matthews will join conductor Kenneth Woods for a very special pre-concert conversation at 6:30. Tickets are available from eso.co.uk, online and via phone booking via Worcester Live and at the door.

MOZART AND MATTHEWS, A DOUBLE DOUBLE ACT IN MALVERN PRIORY

Pre-concert conversation at 6.30pm
With David Matthews and Guy Rickards