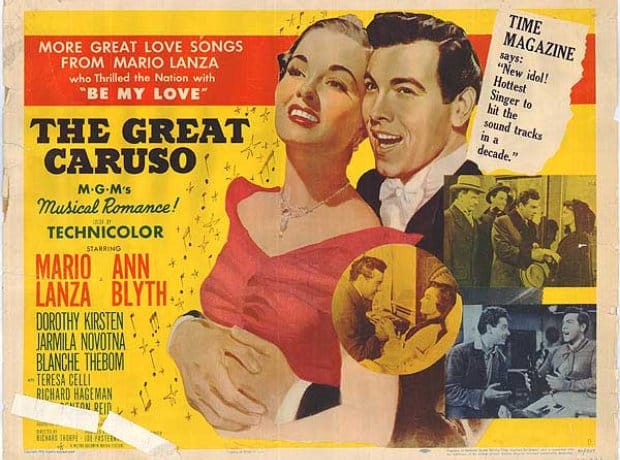 You might not be familiar with the name or music of Erwin Schulhoff, however in recent years his compositions have been revisited and rightly celebrated. He was a Czech composer and pianist who began writing music in between the First and Second World Wars and went on to study with the composers Max Reger and Claude Debussy. His works are deeply connected to the political and cultural upheavals he and many others experienced at that time and his work moved away from the traditional musical influences of the classical world into the neoclassicism of Stravinsky and Hindemith and the atonality of Schoenberg and Alban Berg.  However his Suite for Chamber Orchestra is very accessible and draws on his enthusiasm for jazz and ragtime and even the world of Dadaism.

The second half of tonight’s programme honours two huge personalities and their unique talents: Enrico Caruso and Mario Lanza. In 1921 the world’s greatest tenor, Enrico Caruso, died at the age of only 48. That same year Mario Lanza, who was to sing the title role in the film The Great Caruso, was born. He too died tragically young. But these two great singers left an amazing legacy of recordings. Caruso was the first singer to sell a million copies of an operatic aria and Lanza sold one million copies of Be My Love, having taught himself to sing by listening to his Father’s collection of Caruso records.

Caruso was the first singing superstar, famous all over the globe, his every move reported by the newspapers, his death mourned by millions. Lanza was pursued by both the press and his fans, his matinee-idol looks combined with natural charisma making him a huge film star. And both of them sang from the heart with emotions that touched every listener’s soul.

This programme will feature a selection of the songs and arias that they both brought to a world-wide audience, interspersed with stories about their extraordinary lives and the music they created.

Mark Milhofer has sung his entire life, from winning local singing competitions at the age of seven to performing in the world’s greatest theatres. It may be a cliché to say that he was inspired to become an opera singer by the films of Mario Lanza but, as it was for the Three Tenors, it introduced him to a magical world of amazing music, with all the glamour and hardship that goes with it. And this led to his discovery of the great Enrico Caruso himself, a life, like Lanza’s, filled with riches and tragedy. It has been his long-held dream to be able to honour these two singers and share his love and passion for their artistry with you.

About the Soloist - Mark Milhofer 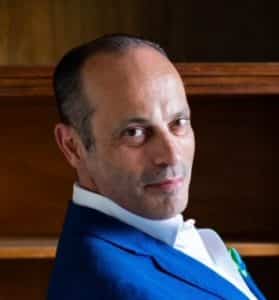 After a quarter century of singing in professional opera productions around the world, Mark Milhofer is at the peak of his vocal powers. Able to switch comfortably from Monteverdi to Mozart, from Rossini to Lehar and Britten to Eotvos, Mark has the years of experience that keep him in constant demand by international theatres. From being a Choral Scholar at Magdalen College, Oxford, to Post Diploma Training at the Guildhall School of Music in London and then winning one of the few places on the Italian Opera Studio in Milan, Mark has the solid technique that allows him to be so versatile.

Starting his career in Italy, Mark made his international debut when he was chosen by Giorgio Strehler to inaugurate the late great Italian director’s brand-new theatre in Milan with Mozart’s Cosi fan tutte. Initially, there were 41 shows, a Guinness World Record for the same opera in the same theatre, and over the next 10 years the opera was often revived with Mark singing it over 100 times, including performances in Cairo and Alexandria, Moscow, Beijing, Istanbul, Seoul and many cities in Europe.

Apart from the privilege of singing in some of the most beautiful theatres in the world, other highlights in Mark’s career include working with Franco Zeffirelli on his production of Pagliacci, which was performed in a Greek Amphitheatre in the shadow of the Parthenon in Athens. The hilarious Dario Fo production of Il Barbiere di Siviglia, which involves spinning around the stage using two side tables as roller skates. Getting completely naked for a movingly staged Billy Budd in Turin, directed by Davide Livermore. Wearing impossibly high-heeled shoes that had no heel in Stuttgart for Purcell’s The Fairy Queen (Calixto Bieito, dir). Learning magic tricks from a professional magician for Menotti’s The Consul. Rising up into the gods in a pink carriage in Cenerentola in Bern. Being blindfolded for almost an entire opera (Britten’s Curlew River in Perugia and Trento), and singing in a haystack in Purcell’s King Arthur in Berlin and Vienna.

A busy concert schedule encompasses a broad variety of oratorios and recital programmes. From Bach’s Passions and Handel’s Messiah to Britten’s Serenade for Tenor, Horn and Strings and War Requiem, to Orff’s Carmina Burana and Rossini’s Petite Messe Solennelle. Recital programmes, often to promote new CD releases, include Tosti: The Song of a Life and Benjamin Britten Complete Folk Song Settings. Mark’s latest project is based around the songs written by and for the great tenor Enrico Caruso. He has also written the introduction for a new book of Caruso’s songs which have been published together for the first time.

Future operatic plans include Monteverdi’s Ulisse in Geneva, Lessons in Love by George Benjamin in Zurich, Luigi Rossi’s Il Palazzo Incantato in Nancy and Versailles with Cappella Mediterranea, Cavalli’s Eliogabalo in Zurich and Cosi fan tutte in the Canary Islands (Rene Jacobs, cond). Next recordings include Britten’s Les Illuminations with Oleg Caetani and the London Philharmonia and a double CD of songs written by and for Caruso.