The Art of Storytelling – The Warrior Violinist

Want to view the full video?

Inspired by an Egyptian folk tale and the legend engraved on a pink granite slab between the paws of the Sphinx, ‘The Warrior Violinist’ is a cautionary parable about yearning to be what one is not. The story is about a young lad who plays the violin with an all-consuming passion and then finds another love – the princess of the kingdom.

ESO’s ‘Art of Storytelling’ project presents world premiere recordings and broadcasts of five exceptional works for narrator and orchestra. From the cheeky humour of the Brothers’ Grimm to the touching tale of Hans Christian Andersen’s Ugly Duckling, and from the Jewish humour of Lubin from Chelm to the ancient Egyptian tale of The Warrior Violinist, this is classic family entertainment for the modern age at its finest, a powerful synthesis of great literature and great music.

About the Piece - The Warrior Violinist 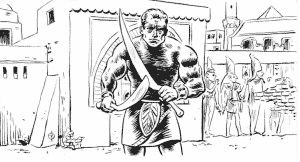 The Warrior Violinist is a cautionary parable about yearning to be what one is not. Based on an Egyptian folk tale, the story is about a young lad who plays the violin with an all-consuming passion and then finds another love – the princess of the kingdom. In 2012 David Yang and his storytelling music troupe Auricolae asked me to write The Warrior Violinist for violin, cello and narrator. Kenneth Woods, who conducts the present performance, played the cello part with Auricolae in a performance at the University of Pennsylvania in Philadelphia and on the subsequent recording. A version in Spanish, El Violinista guerrero was performed at the Biennial Visual Arts and Music Festival in Havana, Cuba in 2015. In the summer of 2020, when the concert halls had closed because of the Covid pandemic, Ken asked me to prepare a version for this recording project. The challenging and disheartening Covid circumstances made re-composing the piece for Ken and my ESO colleagues an especially enjoyable experience. In addition to fleshing out harmonies, adding contrapuntal lines, and creating fuller and richer orchestral sonorities, I was able to expand the presence of the solo violin so it could more actively fulfil its role as the protagonist of the story.

About the Narrator - Davood Ghadami 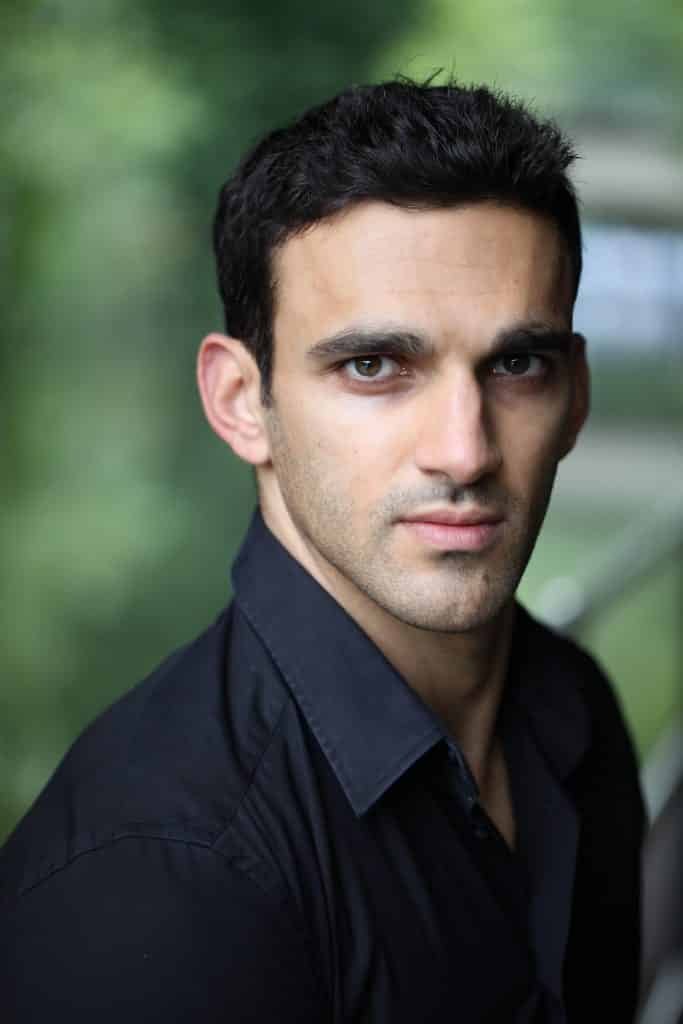 Davood Ghadami is an actor from Harlow, Essex. He is best known for his portrayal of Kush Kazemi in Eastenders since 2014, for which he won Best Newcomer at the TV Choice Awards, and received nominations for Best Newcomer and Best Actor at the Inside Soap Awards. Other television credits include series regular Duncan Clark in Taggart as well as roles in Doctor Who, Top Boy, Law & Order and Silent Witness. He also appeared in the 15th series of Strictly Come Dancing, making it through to the quarter finals. His film credits include Shop Girl, John Carter of Mars and Survivor.  On stage, Davood appeared at The National Theatre as Amir in Mike Bartlett’s 13. He has also performed in numerous productions with Pilot Theatre, an international touring theatre company.

About the Composer - Jay Reise 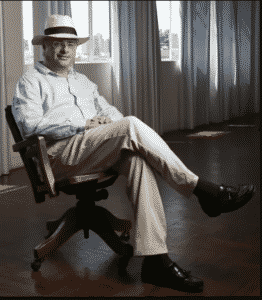 Jay Reise wrote the music and libretto for his opera Rasputin which was commissioned by the late Beverly Sills and premiered by the New York City Opera in 1988. The work was described in The Washington Times as “a spellbinding, challenging and profoundly beautiful creation.” Rasputin was given its Russian premiere in in 2008 by the Helikon Opera and has been in repertory since then with further performances in Estonia (Saaremaa Opera Festival) and Paris (Opéra de Massy). Reise’s music has been performed extensively in the United States and abroad. His Symphony II was performed by the Philadelphia Orchestra in 1983, and in 1997 the Philharmonia Orchestra commissioned and premiered The Selfish Giant, a tone poem based on the Oscar Wilde fairy tale. Reise’s recordings include The Devil in the Flesh and Other Pieces with pianist Marc-André Hamelin, and a violin concerto The River Within with Maria Bachmann and Orchestra 2001. Jay Reise is Professor Emeritus of Music at the University of Pennsylvania. His music is published by Merion Music/Theodore Presser Co.

About the Soloist - Zoë Beyers 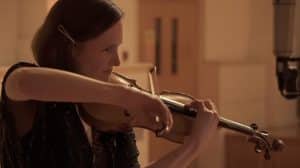 In conversation with composer Jay Reise

ABOUT MUSICAL STORYTELLING: ZOË BEYERS IN CONVERSATION WITH DAVID YANG AND KENNETH WOODS

ESO Leader Zoë Beyers talks to Kenneth Woods and David Yang about the evolution of the Auricolae Music and Storytelling project which gave birth to many of the the storytelling works featured in our series.

The Music Room series is produced by Shropshire Music Trust and supported by Arts Council England.

Following on from its uproarious version of Lubin from Chelm [*], the English Symphony Orchestra continues its series of pieces for virtual storytelling in the guise of an old Egyptian tale – here given a contemporary twist to result in the ‘morality’ fable The Warrior Violinist.

This is a parable about being careful what one wishes for. It centres on a youth who plays the violin to exclusion of all else, then finds an even greater other love – the Pharaoh’s daughter. Imagining himself inferior, he bids the Sphinx transform him into a great warrior – in which guise he vanquishes Egypt’s enemies. The princess can love only the man she heard playing the violin and when the warrior tries to reclaim his former prowess, he finds himself unable to play – the Sphinx’s warning that no-one can be changed back having proven only too true.

Davood Ghadami is a personable and thoughtful narrator; his understatement enabling one to focus on a musical score that, even more than the previous two in this series, packs a wealth of incident into a through-composed score which is effortlessly sustained over its 18 minutes. A tribute, indeed, to the initiative of Jay Reise in having elaborated a piece written almost a decade ago for this Art of Storytelling series. Not the least of its attractions is the extensive role allotted solo violin, played here by Zoë Beyers with no mean poise and resourcefulness.

The remaining ESO musicians play with skill and sensitivity, while Kenneth Woods ensures clarity of texture even in denser passages. The production should provoke children and adults alike – and, as usual with ESO, a range of sundry material enhances the overall experience.