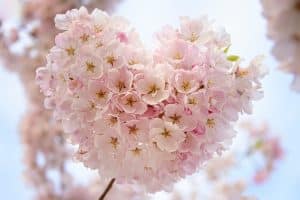 Schumann’s complete work Manfred – based upon Lord Byron’s dramatic poem of the same name – is rarely performed these days, however the Overture has found its place in Schumann’s enduring repertoire. Schumann’s love of literature was fostered by his father, a bookseller and publisher, and his affinity for combining great literary works and music, alongside his own writing in the journal Neue Zeitschrift für Musik, led to him becoming one of the influential artistic voices of the Romantic era.

ESO leader and violinist Zoë Beyers will be bringing Tchaikovsky’s challenging but much-loved Violin Concerto to life. Although the concerto was not well received by his friends, family or critics in the first instance, the public’s enthusiasm for the work was swift and triumphant and it remains one of the most difficult violin concertos in a violinist’s repertoire.

The concert concludes with Dvořák’s Symphony No.9 ‘From the New World‘. Composed during his time as director of the National Conservatory of Music in New York, this symphony was a huge success and the New York Evening Post commented that it is “the greatest symphonic work ever composed in this country” – high praise indeed!