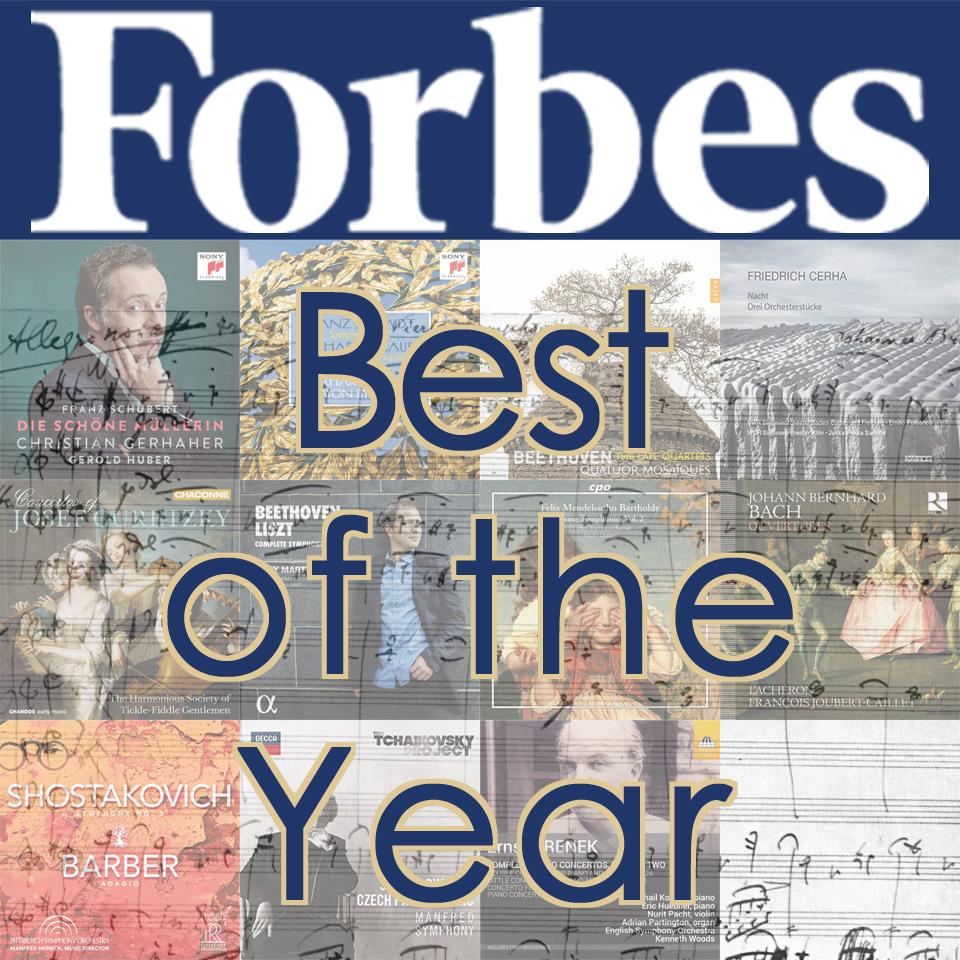 We’re pleased to report that Forbes Magazine has chose our Toccata Classics CD “Ernst Krenek- Complete Piano Concertos, Vol. Two” as one of their Best Classical Recordings of 2017.

Congratulations to piano soloist Mikhail Korzhev, conductor Kenneth Woods and guest soloists Nurit Pacht, Eric Huebner and Adrian Partington. The recording, made in Wyastone Concert Hall, was produced by Michael Haas and engineered by Ben Connellan. Huge thanks and congratulations to our tireless and virtuosic ESO musicians.

Volume One was named to the Sunday Times list of Best Recordings of 2016.

“Ernst Krenek’s music – not even his above-average accessible, neo-classical piano concertos – will never be everyone’s cup of tea. But then that’s neither the point of this list nor a meaningful guidepost for judging a composition or its interpretation’s quality. The latter is in any case astounding: I’ve heard a good deal of Krenek – and it’s always worth exploring this chameleon-composer and similar neglected and faded colleagues of his time and ilk – but often enough the interpretations are dutiful, rather than inspired; note-playing, mistake-avoiding renditions… like literal translations instead of poetic recreations. One would never dare perform a Berg Violin concerto like that, or dare play a Manfred Symphony so devoid of color.

“This is where Mikhail Korzhev and Kenneth Woods and the English Symphony Orchestra come in: Super-adding (or rather: revealing) so much joy and color in these mildly thorny, spunky, funky, funny works of Krenek’s (which all catch him at a tonal post-romantic respite in his constantly style-changing career), they bring to life what might otherwise have remained an academic affair of dry and thin-lipped appreciation.”