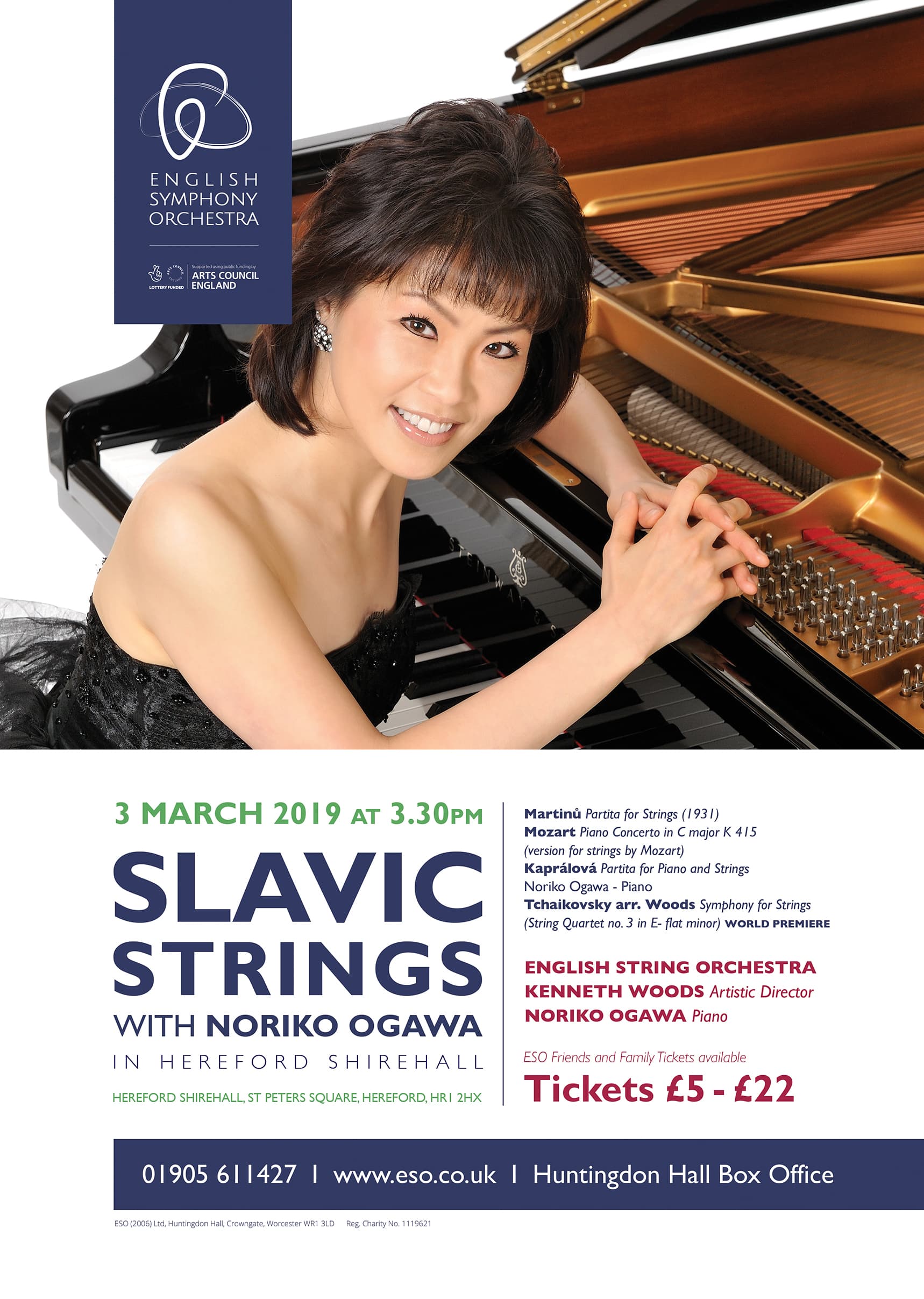 Our conductor reveals some of the threads which join together the four works on this weekend’s programme in Hereford’s beautiful Shirehall.
Book your tickets here. Phone Booking  01905 611427
In person at the Huntingdon Hall Box office CrownGate Worcester, WR1 2ES

There is a love story at the heart of today’s programme.

Bohuslav Martinů was, alongside Dvořák, Smetana and Janacek, one of very greatest of all Czech composers. Like his near contemporary from Hungary, Béla Bartók, Martinů thrived as a composer on integrating the most exciting musical developments of the early 20th Century with a strong grounding in folk music, particularly the rustic folk melodies of Eastern Europe. Perhaps the biggest influence on Martinů’s very unique voice was that of Stravinsky’s neo-classical music. Martinů’s music never strays far from its roots in melody and dance rhythm, but also shows an uncommon mastery of modern harmony and a genius for instrumentation. He was an exceptionally prolific composer whose output includes fifteen operas, fourteen ballets and a remarkable cycle of six symphonies.

His Partita for Strings comes from 1930. It’s an engaging work which highlights Martinů’s sense of humour as well as his astonishing sense of adventure in writing for strings. It is a piece that manages to somehow be both quirky and virtuosic.

Martinů and Vítězslava Kaprálová first met in Prague in 1937. Martinů was living in Paris at the time and had come back for a production meeting ahead of the première of his opera, Julietta. This fateful encounter was to have life-changing ramifications for both composers. Following her move to Paris as a result of the German occupation of Prague, Martinů would become Kaprálová’s friend, teacher and champion, and later her lover and soulmate. When she died from tuberculosis, aged only 25, on 16 June 1940, her last words were “It is Julietta,” recalling the title of the opera which had originally brought them together. 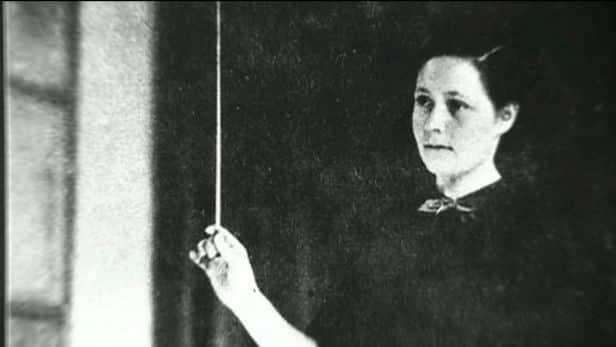 However, to remember Kaprálová only for her association with Martinů would be to do a grave disservice to one of the most talented musicians of the 20th Century. She was equally at home as composer and conductor, and in her early twenties had already made historic debuts with orchestras like the BBC Symphony and the Czech Philharmonic. Had she lived longer, the history of women on the conductor’s podium might have been very different indeed.

Her Partita for Piano and Strings was very much a result of Kaprálová’s time in Paris with Martinů. She began work on the piece in March 1938 and finished it in June 1939. It is a work of astonishing quality, strength and originality, a remarkable achievement for a composer of just twenty-four. She didn’t live to hear it performed. The work was premièred in 1941 in Brno, but Kaprálová’s music fell into shadow during the rest of World War II and was shockingly neglected for most of the rest of the twentieth Century. It was only in the 1990s that musicians and scholars began to urgently re-examine her legacy and that new editions of most of her remarkable output were printed

Mozart’s Piano Concerto no. 13 in C major K 415 was one of three concerti he wrote in 1782-3 for his subscription concerts in Vienna. Mozart was, at the time, perhaps more acclaimed as a pianist than even as a composer, and his output of 27 concerti for the piano illustrates not only his affection for the genre, but its value to him as a way of making a living. Like the two concerti which preceded it, K415 was composed so as to be performable in the widest possible range of performance situations. It was originally scored for a relatively large orchestra, notable for the inclusion of trumpets and timpani, but Mozart also made it possible for the piece to be played by piano and string orchestra (the version you will hear today) or even piano and string quartet. Like many other masters of the past, including Bach, Beethoven, Brahms, Mahler and Elgar, Mozart was extremely pragmatic about arranging both his own music and that of others for either larger or smaller forces.

Another composer with a pragmatic outlook to arrangements was Tchaikovsky. Tchaikovsky composed relatively little chamber music, but his First String Quartet yielded a huge hit, the Andante Cantabile, based on a folk song Tchaikovsky had heard while visiting his sister. Tchaikovsky quickly saw the commercial potential of this movement as a stand-alone item when Leo Tolstoy burst into tears at the work’s première: “Probably never in my life have I been so moved by the pride of authorship as when Lev Tolstoy, sitting by me and listening to the Andante of my Quartet, burst into tears.”

Tolstoy, for his part, wrote to Tchaikovsky a few days later, ‘Never have I received such acute pleasure in the rewards of my literary works as on that wonderful evening.” Andante Cantabile has since been arranged and orchestrated for dozens of different combinations of instruments, including one for solo cello and strings by the composer.

Fond as I am of Tchaikovsky’s First String Quartet, I have come to believe he got even better with the two which followed it, and, for whatever reason, his Third String Quartet has had very special place in my heart for many years. Having known of Rudolf Barshai’s fantastic string orchestra versions of Shostakovich’s 8th and 10th String Quartets and Mahler’s orchestrations of quartets by Beethoven and Schubert, I’ve long been fascinated by the possibilities of arranging quartets for larger forces. This work seemed to be a particularly fitting candidate for expansion to string orchestra forces. It is a work of truly symphonic scale which is perhaps closer in spirit to Tchaikovsky’s last three symphonies than to the more delicate world of his other previous two string quartets.

The Third String Quartet is dedicated to the memory of violinist Ferdinand Laub. Laub had been the violinist for the premières of Tchaikovsky’s first two quartets and had died suddenly at the age of 43. The work is in the unusual and exceptionally dark key of E-flat minor.

The first movement begins and ends slowly and tragically. In between comes one of those epic Tchaikovsky-an music dramas that he seemed to do better than anyone, in which almost the whole human experience is embraced with desperate intensity. There is joy and desperation, tragedy and ecstasy. The second movement is a complete contrast, a mercurial, playful Scherzo, full of rhythmic surprises. The third movement, described by Tchaikovksy as “funebre e doloroso” (“funereal and painful”) is the part of the work in which Laub’s loss is most poignantly mourned.

Finally, as he had in the Fourth Symphony, the work closest to this one in spirit, Tchaikovsky shakes off the tragic mood all at once and finishes the work with an exuberant and uplifting Finale. Once all the tears have been shed and the grief poured out, life goes on.