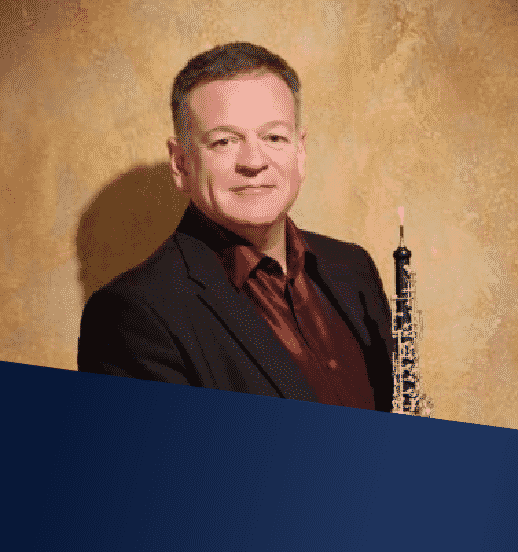 On Saturday, 9th  March at 7:30 oboist Nicholas Daniel will be joining the English String Orchestra in Great Malvern Priory for a performance of Ralph Vaughan Williams much-loved Oboe Concerto, on a programme which also includes the popular Serenade for Strings by Dvorak.

Nicholas Daniel has long been acknowledged as one of the world’s great oboe players, and is one of Britain’s best known musicians. In a distinguished career that began more than four decades ago he has become an important ambassador in many different musical fields, and has significantly enlarged the repertoire for his instrument with the commissioning of hundreds of new works. Following his BBC Proms conducting debut in 2004, he works with many fine ensembles in wide-ranging repertoire ranging from Baroque to contemporary, and from small groups to opera.

“Nicholas made his ESO debut last summer, it was a magical collaboration,” says the ESO’s Principal Conductor, Kenneth Woods, who conducts Saturday’s concert. “ We knew right away that  Nick was an artist we wanted to work with as often as possible.”

The concert concludes with one of the ESO’s touchstone works, the Serenade for Strings by Dvorak. “The Dvorak Serenade is just one of the most beautiful pieces ever written, and it’s been a part of the ESO’s repertoire since the first series of concerts the orchestra did in 1980,” says Woods. “It’s about the most warm-hearted and melodic music I know, and will sound right at home in the Priory’s perfect acoustic.”

The programme also includes a musical celebration of International Women’s  Day – the Concerto for Strings by Grażyna Bacewicz, a Polish-Lithuanian composer whose brother Vytautas also became an important composer. She was one of the leading Polish composers and violinists of her generation, but her music has only gradually gained a foothold in the West. “I think this is one of the  most exciting additions to the English String Orchestra’s repertoire in a long time,” says Woods. “Compared to symphony orchestra, the repertoire for string orchestra is relatively limited, and this is a piece that belongs right up there with pieces like the Dvorak and Tchaikovsky Serenades and the best string works of Elgar, Britten and Vaughan Williams for its combination of appeal and quality.”

Woods describes the first movements as “ surprisingly bluesy and jazzy” and the second movement as “lyrical and soulful,” with the final movement “a playful gigue: witty, exciting and very virtuosic.”

Tickets are available at the Malvern Tourist Information Centre, via Worcester Live on 01905 611427and via eso.co.uk.

The ESO return to Great Malvern Priory on the 3rd of April for a concert featuring Mendlessohn’s beloved Italian Symphony and the Schumann Violin Concerto with soloist Zoë Beyers. The orchestra will also welcome the novelist and critic Jessica Duchen, who will give a talk about her novel Ghost Variations, which tells the amazing tale of the rediscovery of the Schumann Violin Concerto, at the pre-concert talk.

Dvořák’s Serenade for Strings has long been one of the most celebrated works in the string orchestra repertoire, beloved for its long-breathed melodies and rustic Czech charm. It was one of the first works the ESO ever played following their founding in 1980 and one of the first works the ESO recorded.  Grażyna Bacewicz was, quite simply, one of the 20th Century’s greatest composers, whose music is finally taking its rightful place alongside that of her peers like Shostakovich. Her Concerto for String Orchestra pulsates with rhythmic energy and the power of folk-inspired melodies. Vaughan Williams’ beautiful Oboe Concerto is possibly the finest concertante work written for that instrument, heard here in a performance by the works’ leading advocate, Nicholas Daniel.