A Portrait of Caruso 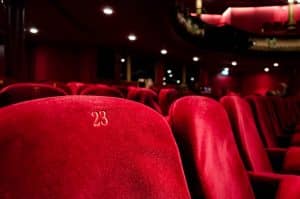 The ESO are joined by tenor Mark Milhofer for a special evening of songs and arias, celebrating the extraordinary lives of the great Enrico Caruso and Mario Lanza at Worcester’s Swan Theatre in early May. In the lead-up to this year’s Jubilee Elgar Festival (3-5 June), the ESO are hosting several virtual concerts via their ESO Digital platform, featuring highlights from previous Elgar Festivals and a moving concert of Walter Arlen’s works, which explore poems and feelings of displacement through conflict.

This programme will feature a selection of the songs and arias from the great Enrico Caruso and Mario Lanza, interspersed with stories about their extraordinary lives and the music they created.

Recorded live at Worcester Guildhall as part of the 2021 Elgar Festival, Kenneth Woods conducts the ESO as they perform music by Truscott, Tippett, Chambers and of course, Sir Edward Elgar. Special thanks to the Elgar Society for their sponsorship of the recording and videography of this concert.

Friday 13th May at 7.30pm (available to watch for FREE until Tues 17th May)
The Music of Walter Arlen
Event Link: https://eso.co.uk/arlen

Programme
Walter Arlen  The Poet in Exile; The Song of Songs

Walter Arlen was born in Vienna in 1920. His family was dispossessed by the Nazi takeover in March 1938 and in a quest to find words suitable to his status as a refugee and a displaced person, he discovered the poetry of Czeslaw Milos, a Polish national, who wrote poems that dealt with situations echoing his own remembrance of things past and went on to inspire Arlen’s piece, The Poet in Exile.

The Song of Songs is a dramatic poem for soloists, chorus, and orchestra. These series of poems, by one or more ancient Jewish writers, tells a love story with abrupt, dreamlike, and almost cinematic changes of scene, with the possible intention to help establish the institution of monogamy as part of Western civilisation’s moral code.

Monday 30th May at 7.30pm (available to watch for FREE until Fri 3rd June)
Elgar Miniatures for Cello and Strings
Event Link: https://eso.co.uk/elgarminiatures

Recorded live at Worcester Guildhall as part of the 2021 Elgar Festival, cellist Raphael Wallfisch joins Kenneth Woods and the ESO as they perform arrangements of Elgar Miniatures by Donald Fraser. Special thanks to the Elgar Society for their sponsorship of the recording and videography of this concert.

What better way to commemorate the Platinum Jubilee of Her Majesty the Queen, than with a weekend of the best of British music played in the heart of Elgar Country? The Elgar Festival, which is curated by Festival Artistic Director Kenneth Woods, runs from the 3rd – 5th June 2022 and tickets are on sale now. For more information and tickets please visit: https://elgarfestival.org