Want to view the full video?

Available to view for free from 7:30pm GMT, Friday 29th July 2022 until 7:30pm GMT, Tuesday 2nd August 2022. Thereafter available to ESO Digital supporters for up to one year.

The English Symphony Orchestra’s highly-regarded exploration of the music of Sibelius continues with a programme of two late masterpieces which together highlight the Finnish composer’s breadth of vision and range of emotion.

Sibelius’ penultimate Symphony No. 6 in D minor is a deeply personal product of his fascination with Renaissance polyphony and modal harmony. Lyrical, mysterious, totally original, the Sixth is one of Sibelius’s most intimate musical utterances, and one of his most beautiful works.

The tone poem Tapiola was to be Sibelius’s final orchestral masterpiece. It is a work that shows Sibelius at his fiercest and most modern. Named for the malevolent god of the ancient Finnish forest, Tapiola is a study of the dark and untamed power of the world.

The English Symphony Orchestra and Sibelius: A conversation with conductor Kenneth Woods 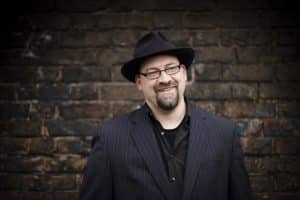 ESO: Ken, tell us a bit about your background with Sibelius. When did you first encounter, or even conduct, his music, and what has been your relationship with it over the years?

KW: Well, my first contact with Sibelius was also my first time conducting anything. My high school orchestra (I was a cellist) played the last movement of the Second Symphony, which is something of a youth orchestra mainstay. Our wonderful conductor, Tom Buchhauser, had to miss a couple of rehearsals, and they couldn’t get a substitute teacher with any musical training. Tom knew I had the conducting bug, so he had me run those two rehearsals, and that was that! When I was growing up, Sibelius was not in the mainstream of American music. One heard Finlandia, the Second Symphony and the Violin Concerto, and not much else. This meant my wider appreciation of his music grew over time as I gradually discovered other works. Playing the Fifth Symphony for the first time was particularly mind-blowing, and when I started my formal conducting studies, the first score I was given was Sibelius’ First Symphony. Over the years, I’ve come to think of Sibelius as as strong a contender for ‘greatest symphonist of all time’ as all the obvious names: Beethoven, Brahms, Mahler, Mozart. But Haydn probably still wins.

ESO: Why is the English Symphony Orchestra doing so much music by Finland’s greatest composer?

KW: The short answer is because we love it. Our international listeners probably associate ESO most with British music, contemporary music and lesser-known works, but, of course, an important part of our mission is to bring world-class performances of mainstream classical repertoire to our listeners across Elgar Country. When we tackle the great core repertoire works, we like, whenever possible, to do so in depth and strategically, and to focus intensively on music that really excites us. A few years ago, we did a project which encompassed all the symphonies and concertos of Schumann, and we’ve done similar things with Beethoven as well as a big focus this year on the late Mozart symphonies. Sibelius is a composer who, for whatever reason, really clicks with this orchestra. Every time we’ve done his music, it’s been special, and these Music from Wyastone performances of the Sixth Symphony and Tapiola were some of the most rewarding and memorable days I’ve had with the ESO.

ESO: There are a lot of recordings of Sibelius out there, what will be different about these performances?

KW: When filming core repertoire for ESO Digital, we try to think of what we can do to contribute to a wider understanding of the works we perform. This project was particularly exciting as we were able to take advantage of the brand-new Critical Edition of the Sixth Symphony, released by Breitkopf and Härtel in December, as part of the new Sibelius Complete Works edition, as well as their 2012 edition of Tapiola. Our understanding of Sibelius has progressed a lot in the last 40-50 years since the previous edition came out, and it was fascinating to incorporate all that information into our performance. We’ve learned so much from these new editions, not just about dots and dashes, but about Sibelius’ preferred tempos, his favourite interpreters and so on.

ESO: Many listeners think of Sibelius as music for a 90-piece symphony orchestra. You’re using a group slightly more than half that size. Why?

KW: Interestingly, we now know this would have been about the forces available to Sibelius in Helsinki when these works were premiered. It’s exciting to perform these works with the relatively small forces we used, especially in the wonderful Wyastone acoustic. Paavo Berglund made a legendary set of recordings with the Chamber Orchestra of Europe about 25 years ago using about the same forces, but there remains a lot to explore in terms of balances and textures. People often think of Sibelius as one big mysterious cloud of sound, but the details really matter in his music. Every note has meaning, purpose and intent, and so we’ve really focused on allowing the listener to hear all that detail, while striving to keep all the intensity and mystery one associates with the great performances of the past. It’s actually more natural to do this in a group like ours, as our string players don’t have to tiptoe around to avoid covering the woodwinds, so I hope listeners will have the chance to hear a lot of things they may not have noticed before. If I say we play this repertoire like ‘chamber music’, one might think that means we play it very delicately and lightly. Quite the opposite. In chamber music, every note that every musician plays needs intensity, concentration, expression, energy, imagination and projection. My colleagues really played with that kind of commitment in these sessions, and it was thrilling to be part of that.”

ESO Is any more Sibelius planned for the ESO?

KW: The orchestra plans to continue its immersion in the music of Sibelius with the Fourth and Fifth symphonies in 2023, and our recordings of the Sixth and Seventh symphonies and Tapiola will be released on CD and streaming next year. This repertoire sets my soul on fire, so as long as the players want to continue our exploration of his music, and nobody actually stops us from doing so, we’ll keep going.