The English Symphony Orchestra are proud to announce the appointment of Philip Sawyers as the orchestra’s John McCabe Composer-in-Association from 2015. ESO conductor Kenneth Woods said of Sawyers’s appointment “It’s incredibly exciting for us to work with Philip and to have the privilege of introducing our audiences to his music. He’s a composer of great substance and seriousness of purpose, whose music really communicates with listeners and rewards performers. On a human level, his wit and warmth also make him an ideal ambassador for new music for the orchestra.” 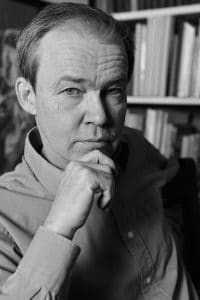 Sawyers’s music will feature in ESO chamber and orchestral concerts and recordings throughout his tenure. Commissions and premieres will include a new song cycle, Songs of Loss and Regret, commissioned by Adrian Farmer, to be premiered on the opening concert of the orchestra’s 2015 Elgar Pilgrimage in Hereford Cathedral on the 7th of October. Kenneth Woods and the ESO have commissioned a Third Symphony from Sawyers, to be premiered in 2015-16 and recorded for Nimbus, and Sawyers is also writing a new Trumpet Concerto for Simon Desbruslais and the ESO, commissioned by Keith Stanley. Sawyers, also a noted orchestral pedagogue who has coached the violins of Kent County Youth Orchestra for many years, will also work with student musicians on the ESO’s orchestral courses in performances of his music and will be active in speaking to ESO audiences and in helping contextualize other new works being played by the ESO during his tenure.

Past ESO composers-in-association include Nicholas Maw and Sir Michael Tippet, and, most recently, John McCabe, in whose memory the ESO’s Composer-in-Association chair has been permanently re-named following his death after a long fight against cancer in February 2015.

Philip Sawyers’s works have been performed and broadcast in many countries worldwide including USA, Canada, Spain, Austria, Czech Republic, France and UK. Music-web International described the Nimbus Alliance CD of Sawyers’s orchestral work as “music of instant appeal and enduring quality”. Robert Matthew-Walker writing in Classical Source described the premiere of the second symphony by the London Mozart Players as a “deeply impressive work, serious in tone throughout, and genuinely symphonic… one of the finest new symphonies by a British composer I have heard in years…”

Philip Sawyers began composing as a teenager, shortly after picking up the violin for the first time at the age of 13.  However, it has only been in the last few years that his talent has begun to be recognised with major commissions and performances by orchestras in the USA and frequent performances in Europe. His work has been performed by the London Mozart Players, Grand Rapids Symphony, Orchestra of the Swan, Orquesta Sinfónica del Principado de Asturias, Fort Worth, Albany NY, Tuscon, Tulsa, Omaha and Modesto Symphony Orchestras. Future commissions include a Third Symphony for the English Symphony Orchestra and a Symphonic Poem “Hommage to Kandinsky” for the Grand Rapids Symphony Orchestra. A second disc of orchestral work featuring the Concertante for violin, piano and strings, the cello concerto and second symphony has recently been recorded by the Orchestra of the Swan for release on the Nimbus Alliance label.

Chamber Music has also formed an important part of his output. An octet was commissioned by the mixed ensemble Liquid Architecture for the Chelsea Schubert Festival in 2007 and the Steinberg Duo commissioned a second Violin Sonata in 2011. A disc featuring both the violin sonatas was recorded by the Steinberg Duo at the Banff Centre in Canada in January 2012 for the Nimbus Alliance label where they also gave both works their Canadian premiere. “Four Shropshire Songs” for mezzo-soprano, clarinet, and string quartet were premiered at the 2006 Guildford Festival and the Quintet for Clarinet and String Quartet (1969) was performed during at the same Festival in 2005 as well as performances as far afield as Grove Park in London and Clun in Shropshire.

Born in London in 1951, Philip Sawyers studied at Dartington College of Arts in Devon, violin with Colin Sauer, and composition with Helen Glatz (a pupil of Vaughan Williams and Bartok). Whilst at the Guildhall School of Music in London, he studied violin with Joan Spencer and Max Rostal, and compositional guidance from Buxton Orr, Patric Standford and Edmund Rubbra.

In 1973, Sawyers joined the Royal Opera House Orchestra, Covent Garden. During this period he also freelanced with other orchestras and chamber groups including the London Symphony Orchestra, the English National Opera Orchestra and Bournemouth Symphony Orchestra, some West End theatre orchestras and in film, pop, and light music sessions leaving very little time for composition. Time was also taken up with teaching and coaching, principally as a violin coach for the Kent County Youth Orchestra, and as visiting teacher at various educational establishments.

In 1997, he decided to opt for a quieter life, left the ROH, and undertook a year of postgraduate study at Goldsmith’s College, University of London. Alongside composing, Sawyers now works as a freelance violinist, teacher and adjudicator having spent 12 years as an examiner for the Associated Board of the Royal Schools of Music from 2001-2013.

“All in all this is an excellent disc, powerful music presented in performances it is hard to imagine being easily surpassed. This is accessible in the best sense – knotty but not opaque, challenging but compelling. When it is this good not a lot else matters.”
Nick Barnard in MusicWeb International, 2nd Symphony, Cello Concerto, Concertante, NI6281

“Power, strength and expressive range are here a-plenty, and the continuous flow of the music is gripping. The performances are totally committed and the recording quality is really fine. This is the kind of music that gives one hope for the future of our art.”
Robert Matthew-Walker in Classical Source, 2nd Symphony, Cello Concerto, Concertante, NI6281

“Sawyers is a composer of real quality. His music is always fascinating in its breadth of ideas as well as its execution as this disc so amply demonstrates.”
Steve Arloff in MusicWeb International, 2nd Symphony, Cello Concerto, Concertante, NI6281

“The three works have an instant melodic appeal without in any way being populist. Added to this melodic gift the composer writes music that actually goes somewhere. I think we have something really special here.”
John Whitmore in MusicWeb International, 2nd Symphony, Cello Concerto, Concertante, NI6281

“….violin-writing that similarly reveals Sawyers’ gift for exploiting the full expressive and technical range of the violin… it is good to welcome two works to the repertory that deserve to be widely performed. One hopes that this Nimbus Alliance disc will do the trick…”
Edward Greenfield, Gramophone Magazine, Dec 2013, Violin Sonatas, NI6240, Steinberg Duo

“…For all its use of twelve tone writing, this work does not sound at all lacking in melody, let alone structural cohesion, showing just how fine and entrancing such a work can be…”
Bruce Reader, The Classical Reviewer, Oct 2013 Violin Sonatas, NI6240, Steinberg Duo 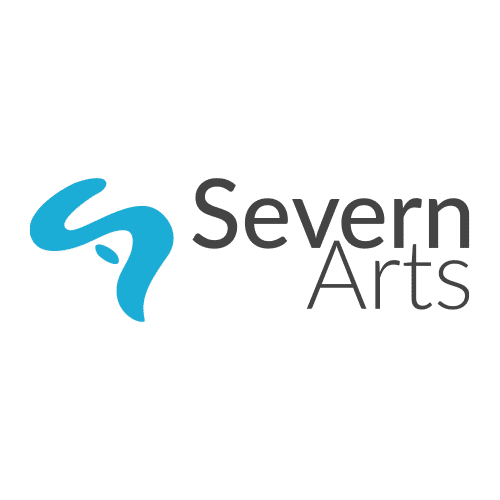