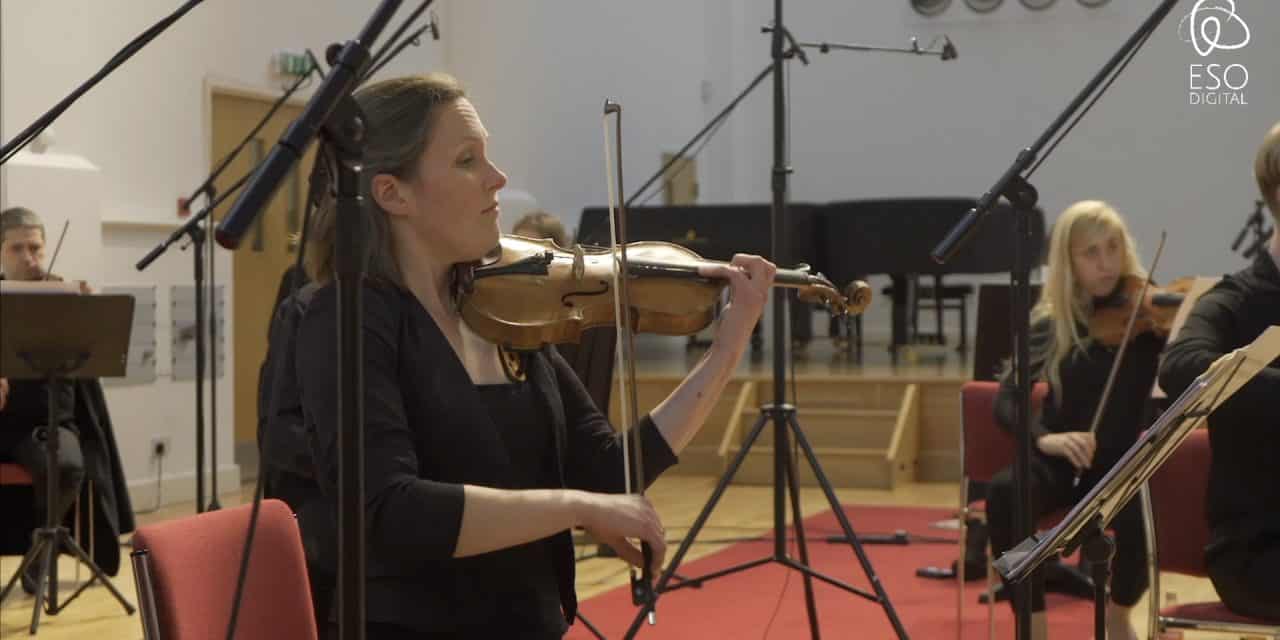 “Inspired by Mahler”:   A celebration of the Lost Generation of composers who found inspiration in Mahler’s life and music

The English Symphony Orchestra’s acclaimed Music from Wyastone series of virtual concerts continues on the 27th of January with a celebration of the music of some of the leading composers of the generation of musicians inspired by the life and music of Gustav Mahler, including Mieczysław Weinberg, Erwin Schulhoff and Viktor Ullmann. The ESO’s Artistic Director, Kenneth Woods, conducts and is joined by violin soloist Zoë Beyers and soprano April Fredrick.

“We wanted to celebrate Weinberg, Schulhoff and Ullmann in this concert,” says Woods. “Though each of them endured almost unimaginable tragedy and suffering in their lives, they left us a wealth of music brimming with beauty, wit and humanity.  Their lives and their work represent the perfect embodiment of the call to “be the light in the darkness,” the official theme of Holocaust Memorial Day this year.”

The programme is freely available to the public for four days from 7:30 PM on the 27th of January 2021, after which it can be accessed by ESO Digital supporters.

“I am thrice homeless, as a native of Bohemia in Austria, as an Austrian among Germans, and as a Jew throughout the world. Everywhere an intruder, never welcomed.”
– Gustav Mahler

Despite being, as he described himself, “thrice homeless,” Gustav Mahler rose from humble origins to become the most powerful and celebrated conductor of his time and one of the greatest composers of all time. By the time of his tragically early death in 1911, he had created an indelible legacy as an inspirational beacon for a new generation of ‘outsider’ composers and performers.  These composers would re-shape the world of music in the years after World War I.

This song from Mahler’s early cycle Des Knaben Wunderhorn (The Youth’s Magic Horn) is a harrowing portrait of a childhood mired in poverty and starvation. It marks a radical departure in tone and subject matter from the Romantic traditions of love songs, idealised visions of childhood and the mythical adventures of gods and heroes.

The youngest composer in tonight’s programme, Weinberg fled his native Poland in the early months of the Holocaust. Arriving as a refugee in the Soviet Union, he was the only member of his family to survive, later writing “If I consider myself marked out by the preservation of my life, then that gives me a kind of feeling that it is impossible to repay the bet, that no 24-hours-a-day, seven-days-a-week creative hard labour would take me even an inch towards paying it off.” Weinberg’s tireless efforts would make him one of the most prolific symphonists of all time, surpassing the eleven by Mahler and the fifteen by his friend and mentor, Shostakovich. Like Mahler, Weinberg found a wealth of inspiration in the folk music’s of Eastern Europe, and his Concertino was withdrawn following the notorious 1948 Soviet Composers’ Union Congress in which he was warned of excessive “cosmopolitanism”, Stalin-speak for being “too Jewish.” There is no record of this lyrical and beautiful work being performed in Weinberg’s lifetime, and it was only published in 2009.

Like Mahler, Schulhoff was born in the Czech Republic to a German-speaking Jewish family. His precocious musical gifts led his mother to introduce him to Antonín Dvořák, who helped facilitate Schulhoff’s studies as a boy. As a student, he was fascinated by the music of Debussy, with whom he briefly studied, and Richard Strauss, and would later experiment with the atonal innovations of Mahler’s friend and acolyte, Arnold Schoenberg. In the end, however, Mahler’s integration of vernacular music into classical genres would have the most profound influence on Schulhoff’s most important works. Where Mahler found inspiration in the march, the waltz and the Ländler, Schulhoff turned to the shimmy, the tango and the ragtime.

Ullmann, like Mahler, came from a small town in what was then Silesia on what is now the border of Poland and the Czech Republic. The New York Times said of Ullmann that “Like such other assimilated German-speaking Czech Jews as Kafka and Mahler, Ullmann lived a life of multiple estrangements.” He studied with Schoenberg and Zemlinsky, but his life took a tragic turn when he was arrested by the Nazi’s and deported to the camp at Terezin. Like his fellow composers Hans Krása, Gideon Klein and Pavel Haas, his musical activity only increased in spite of the miserable conditions, culminating in his darkly satirical opera Der Kaiser von Atlantis, or Death Takes a Holiday. His Third String Quartet was one of many of his works kept safe and smuggled out of Terizn following his deportation to Auschwitz, where Ullmann, Haas and Krása were all killed on the 17th of October, 1944.

“All that I would stress is that Theresienstadt has helped, not hindered, me in my musical work, that we certainly did not sit down by the waters of Babylon and weep, and that our desire for culture was matched by our desire for life; and I am convinced that all those who have striven, in life and in art, to wrest form from resistant matter will bear me out.’
– Viktor Ullmann, 1944