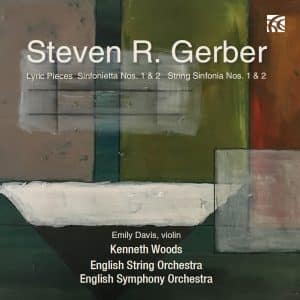 The English Symphony Orchestra continue their industry-leading commitment to new music in November by appointing Steve Elcock as the orchestra’s next ‘John McCabe Composer-in-Association’ and with the release on 5 November 2021 of a new recording of the music of American composer, Steven R. Gerber on the Nimbus Alliance Label.

On 5 November 2021, the ESO release a disc of world premiere recordings of the music of Steven R. Gerber, the leading American composer who passed away in 2015. The disc includes Gerber’s two Sinfoniettas for chamber orchestra, and two Sinfonias for string orchestra. These are all new orchestrations of Gerber’s chamber works, including his Piano Quintet and String Quartets 4-6, commissioned by the Gerber Trust. The recording also includes Gerber’s Two Lyric Pieces for Violin and Strings in a performance featuring soloist Emily Davis.

Gerber was the subject of one of the ESO’s acclaimed ‘Composer Portrait’ virtual concerts in February 2021. December 2021 will see the ESO recording one of Gerber’s last orchestral works, Music in Dark Times, written in 2014 for Vladimir Ashkenazy and the San Francisco Symphony, and in 2023, the orchestra will record Gerber’s Second Symphony. “Steve is a much-missed figure in American music and he was an important and strongly individual voice. I’m pleased and proud that we can make a meaningful contribution to the dissemination of his music, which is a body of work that I think has both real substance and wide appeal.” Kenneth Woods. 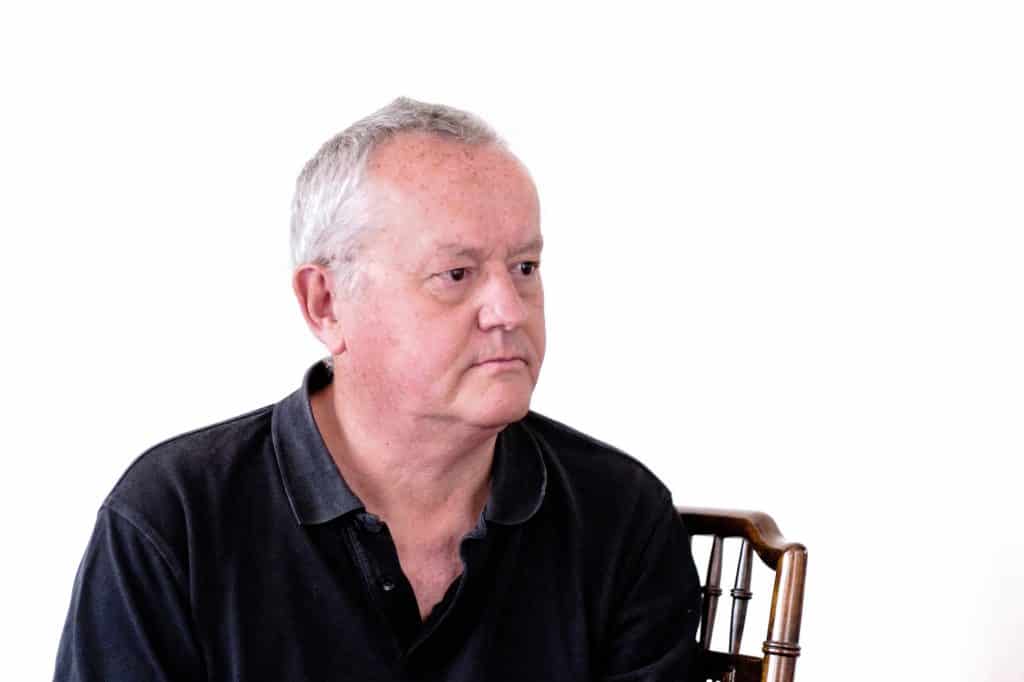 Steve Elcock succeeds Adrian Williams (who becomes Composer Emeritus), continuing a distinguished line of ESO-associated composers including Sir Michael Tippett, Nicholas Maw, Philip Sawyers (the orchestra’s current Composer Laureate), David Matthews and John McCabe, for whom the chair was renamed following his death in 2015. Elcock, like Elgar, is a self-taught composer, who composed in relative obscurity for many years before Toccata Classics owner Martin Anderson heard a midi realisation of some of Elcock’s works and immediately committed to releasing a series of discs of his music, describing it as “some of the best orchestral music by a British composer in the last fifty years.”

His debut CD with the Royal Liverpool Philharmonic Orchestra included his Third Symphony and was chosen as a BBC Radio 3 Record of the Week on its release. Elcock has been particularly committed to the genre of the symphony, and in 2021 produced his Eighth Symphony as part of the ESO’s 21st Century Symphony Project. The premiere of that work at the Three Choirs Festival was welcomed by critic Richard Whitehouse, who wrote “the sense of cohesion and inevitability audible throughout its course makes for an engrossing and rewarding experience.”

“Steve is a composer we’d wanted to work with for a long time” says ESO Artistic Director Kenneth Woods. “His Eighth Symphony is a powerful and distinguished addition to our 21st Century Symphony Project and after that project, I knew he was the right musician to succeed Adrian as our John McCabe Composer-in-Association.” Plans for Elcock’s tenure include the premieres of his Second Symphony and Violin Concerto, and a project involving Elcock conducting his own music with the ESO Youth Orchestra. His official tenure begins on 1st January 2022. Elcock was the subject of the cover story in Musical Opinion magazine in July in recognition of the premiere of his Eighth Symphony.

“I’m delighted to have been chosen by the ESO as their associate composer for next year. This is my first official appointment as a composer – not that I have ever sought to obtain one – and I’m looking forward to it as an opportunity to bring more of my music before the public.” Steve Elcock

The ESO’s 21st Century Symphony Project, hailed by Musical Opinion Editor Robert Matthew Walker as “one of the most important musical initiatives of modern times” continues in December 2021 with filming and recording of Adrian Williams 55-minute First Symphony, to be followed by Robert Saxton’s Epic of Gilgamesh and an ecologically-themed symphony by Emily Doolittle, who will succeed Elcock in 2024.