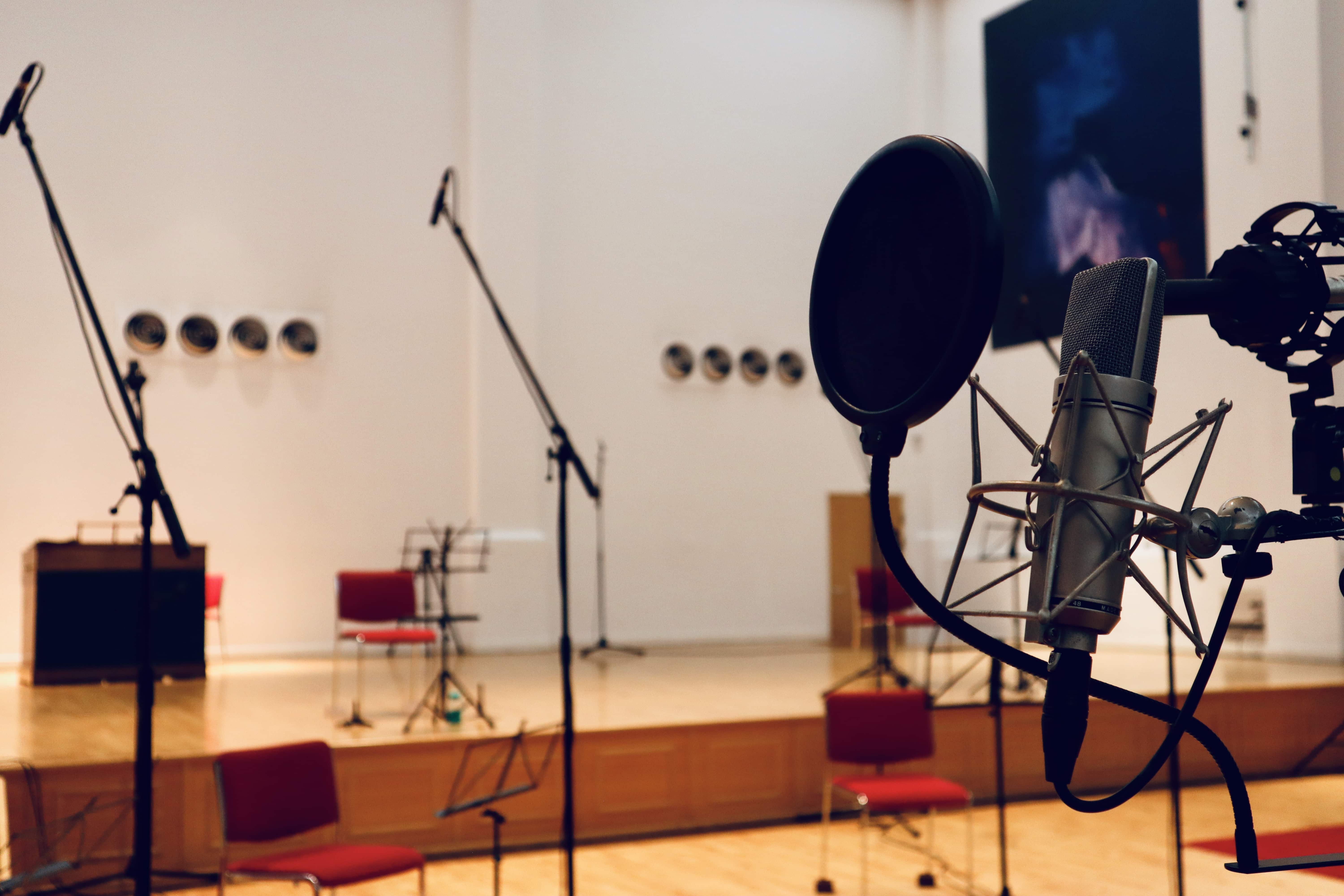 The musicians of the English Symphony Orchestra gathered for the first time since lockdown at Wyastone Concert Hall near Monmouth in July for a series of innovative projects.

Working in close collaboration with The Music Agency, The Musicians Union, the Wyastone Estate and Foundation, and producers Phil Rowlands and Tim Burton, the ESO put together an industry leading plan for a safe return to work implementing new protocols to ensure player and staff health. Performing forces ranged from a one-on-a-part chamber ensemble of 11 players to string orchestra and chamber orchestra of about 25 musicians, all working under socially distanced conditions. The projects were funded in part by Arts Council England, William A Cadbury Trust and several private sponsors.

Over the course of several days of rehearsal, recording and filming, the ESO were able to record material for several forthcoming CDs and online concerts. “We view the current crisis as a call for innovation, and a time to create really distinctive programming” says the ESO’s Artistic Director, Kenneth Woods. “With that in mind, we’ve focused our energies and resources on repertoire nobody else will be doing, on reaching new audiences, and on strengthening and developing our ties with our artistic partners.”

For their first post-Covid visit to Wyastone, the ESO performed the two works they had planned to perform in concert two days after the original lockdown in March, Mieczysław Weinberg’s soulful Concertino for Violin and Strings and Tchaikovsky’s Third String Quartet in a new orchestration by Kenneth Woods. Highlighting the project’s emphasis on nurturing and supporting its artistic partners, the Weinberg featured the ESO’s Leader, Zoë Beyers, as soloist. Beyers, who divides her time as Leader of the ESO with the same role at the BBC Philharmonic, has been recognised as one of the leading violinists of her generation since her concerto debut with Paavo Jarvi at age 13.

A few days later, the orchestra was joined by their Affiliate Artist, April Fredrick, for a recording of Richard Strauss’s Four Last Songs in a chamber version made by composer James Ledger for the farewell concert of Felicity Lott with the Nash Ensemble under the baton of Bernard Haitink. Fredrick’s world premiere of Philip Sawyers’s Songs of Loss and Regret was a 2017 Gramohone Critics’ Choice, and her premiere with the ESO of John Joubert’s opera, Jane Eyre, was chosen by the Birmingham Post as the Classical Highlight of 2016. The Strauss marked a poignant return to the stage for Fredrick for the first time since lockdown. Strauss’s Four Last Songs was also the last work she sang before lockdown, and in late March, she contracted coronavirus, but is now recovered. “The fatigue, which is one of the virus’ symptoms was like nothing I’d experienced, giving a new dimension to the multiple uses in the cycle of the wonderful German adjective ‘müde’ (‘tired, weary, worn out’),” says Fredrick of her illness. “But I will also never forget the incredible, almost euphoric joy I felt the first time I walked out of my front door after my quarantine—what an unthinkable privilege to be well and free to move about again. A stark encounter with mortality, weariness, euphoria, and ‘weiter, stille Friede’ (wide, still peace): the virus provided me with a most curious sort of gift of experience which has forever stamped and deepened my understanding of this work.”

Fredrick also collaborated with the orchestra in recording a new virtual concert and concept album, A Child’s Journey, featuring chamber versions of works by Schubert, Mahler, Humperdinck and Wagner, tracing a life’s journey from Wagner’s touching evocation of the miracle of birth in the Siegfried Idyll to Mahler’s vision of a child’s life in Heaven in Das himmlische Leben (The Heavenly Life), the final movement of Mahler’s Fourth Symphony.

“One thing we’re doing this summer that everyone from the Berlin Philharmonic on down are also doing is Erwin Stein’s wonderful chamber version of Mahler Four,” says Woods, who also serves as the Artistic Director of Colorado MahlerFest. “Although that’s been a repertoire piece for me and the orchestra for a long time, we thought that rather than duplicate their efforts with another performance of the 4th, we would start with just the last movement, Das himmlische Leben, which was written long before the rest of the piece and also helped inspire Mahler’s Third Symphony. Stein’s arrangement provides an important touchstone for this historic moment, emerging as it did from the post-World War I hardships which necessitated the chamber versions of pieces like this which Schoenberg commissioned for the Society for Private Musical Performances in Vienna. Stein and Schoenberg showed us that, as artists, we can use the challenges of our time to come up with something artistically fresh and interesting.”

The rest of the disc consists of new arrangements and adaptations by Kenneth Woods of works such as Mahler’s song Das irdische Leben (The Earthly Life) and Schubert’s Der Tod und das Mädchen (Death and the Maiden), using the same forces as Stein’s version of Mahler’s Fourth Symphony. The ESO have previously recorded Woods’ orchestration of Brahms’s Piano Quartet No. 2 in A Major for Nimbus Alliance, and that disc was chosen by The Arts Desk as one of their Ten Best Classical Recordings of 2018. “I can’t say whether I was the right person for this task,” says Woods of the new orchestrations, “but I was certainly the cheapest!”

The project also included a day of sessions with the ESO Brass Ensemble, who recorded a collection of popular favourites which will be shared on social media.

Finally, the orchestra recorded five new storytelling works for narrator and orchestra. “Again, we thought this is the perfect time to reach out to new audiences and create content that can be enjoyed by whole families. Much as I adore Peter and the Wolf, we’ve long needed new works for young people, and I’m really proud of the five works we came up with, which range from classics by the Brothers Grimm and Hans Christian Andersen to a very funny Klezmer story and an ancient Egyptian folk tale.

The results of the sessions will be shared in a series of web streamed concerts throughout the autumn and subsequently released on CD and download.

Forthcoming projects include a disc of new arrangements of the music of Elgar by David Matthews and Donald Fraser with cellist Raphael Wallfisch, a disc of music by the American composer Steven R. Gerber and music by the ESO’s “John McCabe Composer-in-Association”, Adrian Williams.

Narrators to be announced in September

Forthcoming projects in September and October

Dance of the Bears