Want to view the full concert?

The English String Orchestra are joined by one of their most longstanding collaborators, cellist Raphael Wallfisch, for a concert conducted by Kenneth Woods featuring a suite of eleven new miniatures for cello and strings by Sir Edward Elgar in arrangements by composer Donald Fraser.

As the professional orchestra of Elgar’s home city, and orchestra-in-residence of The Elgar Festival, the music of Elgar has long been a central part of the ESO’s repertoire. Past ESO collaborators include some of the leading Elgar interpreters of the last 50 years, including conductors Yehudi Menuhin and Vernon Handley and soloists Nigel Kennedy, Nicola Benedetti and Alexander Sitkovetsky. Most recently, the English Symphony Orchestra were asked to give the official 100th Anniversary performance of the Elgar Cello Concerto under the auspices of the Elgar Society, Elgar Birthplace and Elgar Festival with Raphael Wallfisch in Worcester Cathedral.

It was at the concert that Wallfisch met composer Donald Fraser, whose choral arrangement of Elgar’s Sea Pictures was being featured on the same concert. Wallfisch suggested that perhaps Fraser orchestrate a few of Elgar’s shorter works for cello and strings, and over the following year the project expanded in scope to finally comprise the eleven movement suite heard in this concert. The pieces include several standalone miniatures from Elgar’s catalogue, such as the much-loved Salut d’Amour and Chanson de Matin, but also includes excerpts from larger works, such as Nimrod from the Enigma Variations, and transcriptions from other concert pieces, like the Romanza, originally for bassoon and symphony orchestra.

“Like Brahms, Dvorak and Schubert, Elgar was one of music’s greatest miniaturists,” says conductor Kenneth Woods. “Each of these compact mini-masterpieces inhabits its own emotional world and tells its own story.”

Fraser first became involved in orchestrating Elgar’s music at the request of the ESO’s former Principal Guest Conductor, Yehudi Menuhin, in the early 1980’s. More recent arrangements include the choral version of Sea Pictures, which has quickly become a favourite of choirs all over the world and been performed at a number of major festivals. In 2015, the ESO’s premiere performance of Fraser’s orchestration of the Elgar Piano Quintet was named Classical Music Magazine’s Premiere of the Year, and Birmingham Post senior music critic Chris Morley called the performance one of the two “most exciting events I have experienced during a reviewing career approaching half…. It deserves to be acknowledged immediately as a worthy addition to the Elgar canon.” The CD release of the Quintet was immediately named Classic FM’s Disc of the Month for May 2016. Fraser’s most recent recording with the ESO was Songs for Strings, recorded under Fraser’s baton in Abbey Road studios. That disc was Classic FM Disc of the Week when it was released, and chosen as Featured New Release on dozens of American radio networks.

Cellist Raphael Wallfisch is widely recognised as the world’s most recorded cellist, with a repertoire encompassing the full breadth of the cello repertoire and dozens of world premiere’s to his credit. A student of Piatigorsky, Wallfisch has been a regular partner with the ESO since the 1980’s.

About the Arranger - Donald Fraser 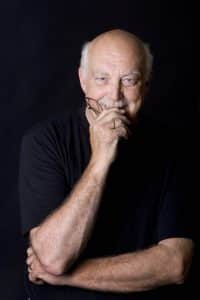 British born, now a permanent US resident, British Academy Award winning Donald Fraser lives and works from his home outside of Chicago.  His studio is a converted barn.

Donald entered the Royal College of Music at age seventeen to study composing and conducting. His principal tutors were Sir Adrian Boult, Humphrey Searle and Alexander Goehr. He also studied with Nadia Boulanger. In his second year he was awarded all five composition prizes and a Cobbett Prize for conducting. At nineteen he began writing for film and television and, subsequently became resident composer at the Royal College of Art Film School and composer, conductor and Artistic Associate for the Old Vic Theatre Company. Donald has also created and produced TV, Film and Theatre programmes and many sound recordings for RCA, BMG, EMI, Philips, the BBC, Thames TV, PBS, Channel 4 and independent production companies. He has composed scores for over 30 documentaries, several feature films and TV series as well as more than 120 commercials, many radio dramas and music for the concert hall. Donald’s music been heard at many of the world’s major festivals including Edinburgh, Istanbul, Perth (Australia), Hong Kong as well as on theatrical tours to the United States, China, Japan and many European countries.

This latest in the English Symphony Orchestra’s online concerts focussed on Elgar – namely a series of miniatures for cello and strings arranged by Donald Fraser and played by Raphael Wallfisch, whose commitment to and conviction in this music hardly needs reiterating here.

Chanson de Matin launched proceedings in mellifluous fashion, and if the cello’s assuming of the melodic line was slightly to the detriment of the original scoring, that could hardly be said of Chanson de Nuit whose more sombre contours and ruminative character were ideally realized. Nor did The Wild Bears lose out on vivacity, and if this arrangement brought it into the orbit of Saint-Saëns, that served to underline the significance of ‘Second Empire’ French music on Elgar’s own thinking. In Nimrod, the cello’s dominance rather detracted from the subtlety of the original instrumentation; conversely, Fraser’s take on the Romance brought soloist and strings into even closer accord than the composer’s own version with orchestra.

Nevertheless, the undoubted highlight here was Sospiri – the cello’s subsuming of the harp’s crucial contribution just one aspect of an arrangement which presented one of Elgar’s finest inspirations (miniature or otherwise) in a striking new light. Lighter fare next with the robust tread of the Mazurka, proceeded by a rendering of the song Pleading of unforced eloquence. The evergreen In Moonlight (adapted from the overture In the South) responded well to this suitably limpid treatment, as did Salut d’Amour to one that underlined its wholly un-cloying essence. A wistful take on the piano piece Adieu saw this programme to an affecting close.

Throughout, the idiomatic feel of Wallfisch’s playing was complemented by that of the ESO under Kenneth Woods, as discreet or understated as the music requited. Forty minutes came and went effortlessly – the ‘Part 1’ designation happily meaning there will be more to come.