From the Malvern Observer, 19th December 2019

Handel’s Messiah is a musical edifice of religious exegesis, built from notes and faith; so where better to hear a full rendition than Malvern Priory?

After all, the Priory is also a testament to rock-solid belief, and it was already 600 years old by the time of Handel. Both Handel and the Priory’s medieval builders, however, were secure in their beliefs. The building and the work complement each other; but how far can the work travel in a more secular age? Pretty far, is the answer, judging by the response of the audience and thanks, in no small part, to the excellence of the English Symphony Orchestra, the Academia Musica choir and the soloists.

For those who object to exegesis and Biblical quotes, it was possible to switch off concentration from the somewhat stylistically-repetitive libretto by clergyman Charles Jennens and to concentrate instead on Handel’s superbly-ordered notes. The ESO were excellent, the conducting by Kenneth Woods was lively and inspired, and the mixed-age Academia Musica Choir were a revelation and a credit to themselves. 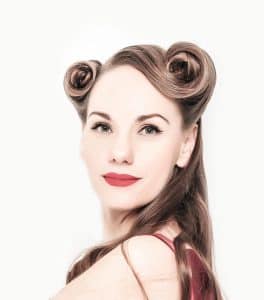 For me, however, the absolute star of the evening was the soprano April Fredrick, with a voice of such clarity and purity, it could almost move the stones themselves. Alto Teresa Karcher must also be praised, because of her excellent singing and, at times, for being so obviously possessed by the ‘duende’ of the words, music and occasion. Tenor Jon Weller had a warm and pleasing tone, and bass Matthew Sharp displayed a total, profound response to his pieces, although I thought he was a tad unsettled with some of the deeper registers, here and there.

The audience was moved throughout and most stood dutifully for the Hallelujah! Chorus. And if there is a slightly ‘fossilised’ response to such time-hallowed moments, there was no doubting the power of the event and its genuine ability to move, and even inform.

What a thrilling start to Christmas!