CD Review- Fanfare Magazine on The Art of Dancing 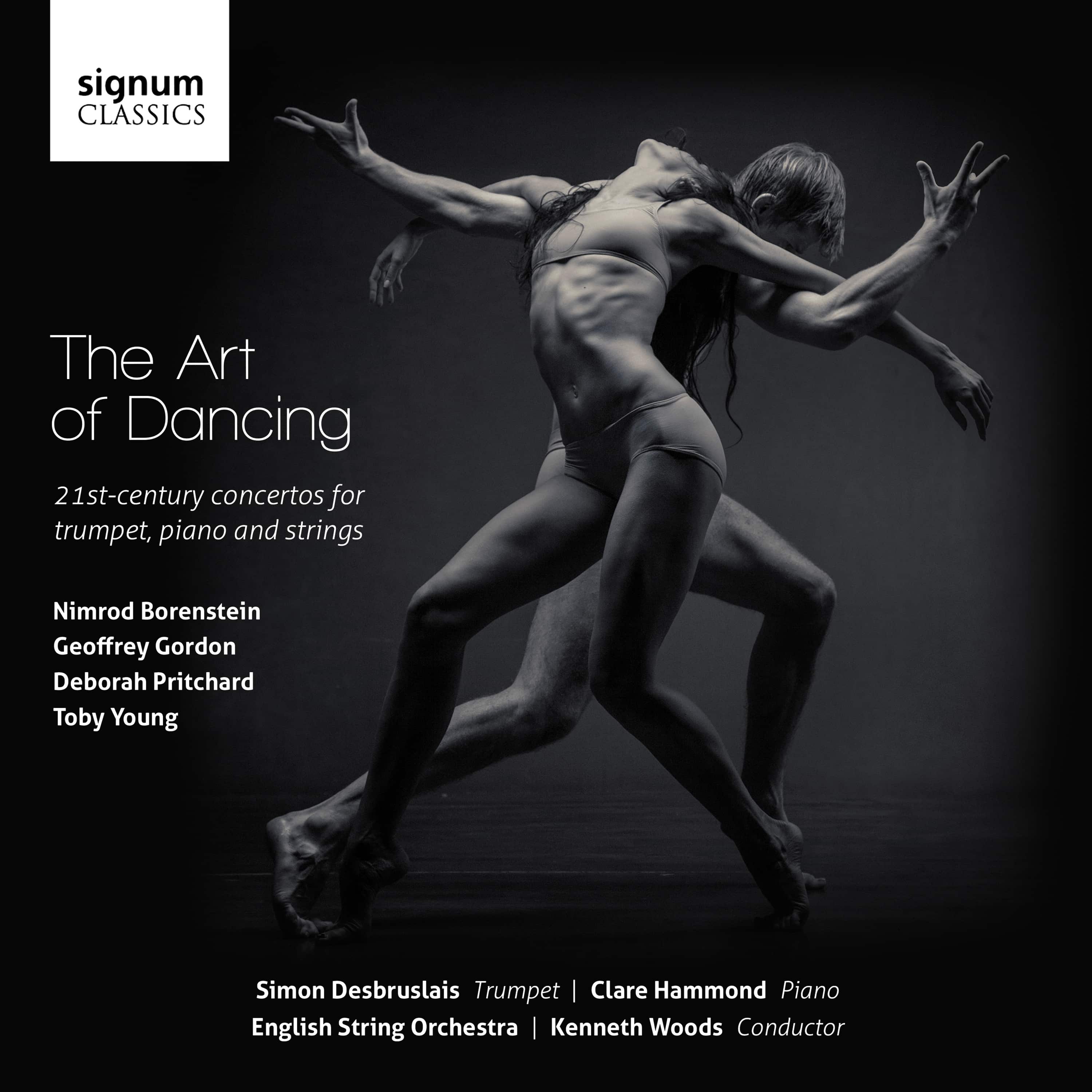 There is a fantastic new review by Jim Svejda in the current issue of Fanfare Magazine for The Art of Dancing- 21st Century Concertos for Trumpet, Piano and Strings with Simon Desbruslais and Clare Hammond on Signum Records. The complete review is available to subscribers via the Fanfare website.

“Trumpeter Simon Desbruslais performs all the music as though—to coin a phrase—it had been written for him (in fact, all of it was) while Clare Hammond, Kenneth Woods, and the English String Orchestra also contribute tremendously to a provocative and generally satisfying release…”

“..This intriguing album begins very well with the piece that gives the collection its name, written in 2016 by the young English composer Toby Young…As it turns out, the piece itself is tuneful, witty, unpretentious, and totally endearing, precisely what you wouldn’t expect from something that also includes “an earthy Totentanz, beginning stately but gradually speeding up into a mad, St Vitus’ dance to the death.” All the dances are in fact lively, graceful, and subtle by turns, especially the Postlude, which again quotes the composer’s Japanese boy band theme. The manipulation of the Baroque concerto da camera form is also assured and clever, with the two solo instruments kept in perfect musical (and emotional) balance with the ripieno strings. All in all, this is a startling achievement for a composer of 26.

“In terms of its seriousness of purpose, Deborah Pritchard’s Seven Halts on the Somme—based on the quiet, blurry, ultimately disturbing paintings of Hughie O’Donoghue—is clearly the most important work on the album…The solo trumpet acts as both guide and Greek chorus as the music wanders from horror to horror: “The Grand Mine,” where countless explosions left an enormous crater, “Trônes Wood” (the Great War’s equivalent of the Civil War’s Battle of the Wilderness), “Ponzères: Moulin” which not only killed numerous Australians but also the English composer George Butterworth, and so forth until “Guillemont to Ginchy,” the road which, in the composer’s words, “becomes symbolic of a journey away from the conflict of the past towards hope of a peaceful future.” Seven Halts on the Somme is a powerful, moving work that manages to accomplish an enormous amount in less than 13 minutes; looking at the O’Donoghue paintings—readily available on the internet—obviously makes the experience even more gripping. Like Toby Young, Deborah Pritchard is unquestionably a composer to watch.

“The most conventional piece is Nimrod Borenstein – composer’s Concerto for Piano, Trumpet, and String Orchestra from 2016, performed here by the musicians who gave the world premiere….the composer’s command of orchestral texture remains impressive and the concerto, on the whole, is tremendous fun.